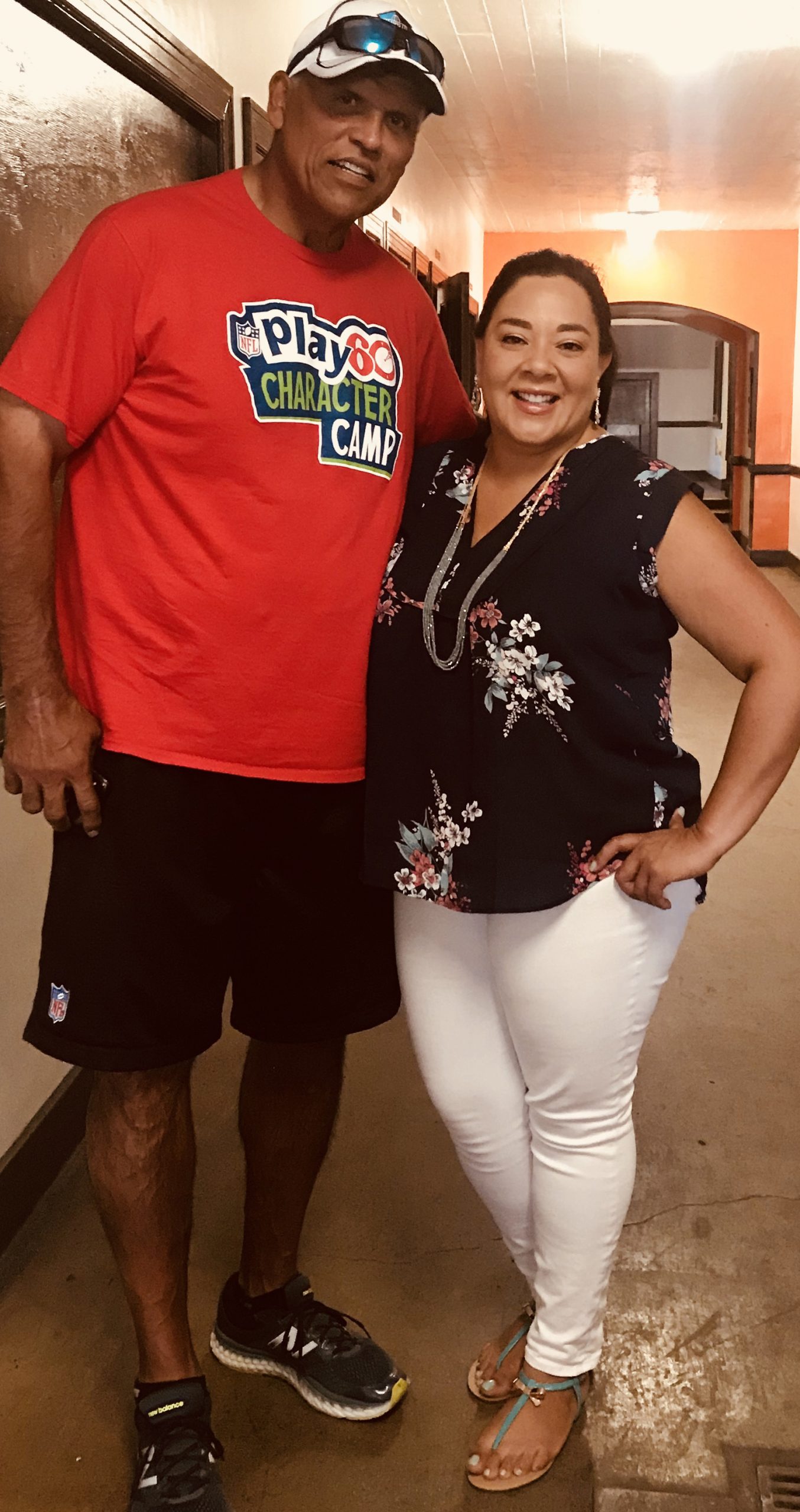 My story, however, is not about the gaps or the falls; it is about the ramps that helped me make amazing and ultimately successful leaps in my personal and professional life. I am so proud to be the Principal of Chaffey High School, but the truth is, I did not get here without help.

Editor’s Note: the following is an introduction to new CHS principal Christina Martinez. As she relates in this account, she is very proud to be principal of CHS, but did not achieve this position without help. Here is her story:

Nuns. Uniforms. Rules. I think this is a fair description of my education from kindergarten through my sophomore year of college. It was strict, and it was orderly. It was private, all-girls, and Catholic. And then I transferred to UC Berkeley. I survived the transition, but I like to compare it to the immortal scene from the 90s action flick, Speed, in which a bus leaps over a missing chunk of interstate. Perhaps my “bus-jump” was not as preposterous, but it was definitely fraught with moments of self-doubt and a crash landing of sorts. My story, however, is not about the gaps or the falls; it is about the ramps that helped me make amazing and ultimately successful leaps in my personal and professional life. I am so proud to be the Principal of Chaffey High School, but the truth is, I did not get here without help.

Mom and Dad: My first ramp

My mom and dad recently celebrated 52 years of marriage. They grew up poor, they worked hard, and they were the first in their families to pursue higher education. They devoted all of their resources to us—me, my brother, and sister —so that we could have opportunities that they did not.  They are giants to me.

Petra: A ramp that launched me to another world

Petra was my babysitter from the age of 6 until 13. She lived in our home during the week. She cooked, cleaned, and cared for me and my siblings while my parents worked. She spoke no English. I learned to communicate with Petra in a language that was part Spanish, part charades, part hugs, part kisses. Although she had no formal education, I count Petra among the best teachers I have ever had. She taught me how to read and speak Spanish without me even realizing it. She challenged me and praised me. If Petra could see me now, about to embark on this next step in my career, I think I know what she might say: Hazlo. Sin miedo, mija. Do it. No fear, my daughter.

Romance Novels: The ramp I tried to keep a secret from my parents

I developed a love of reading at the age of 12. That is when I discovered a Harlequin romance novel on the bookshelf in my parent’s bedroom. The cover drew me: a man, shirt half-torn, with longish hair blowing in the wind, standing at the bow of a ship. That’s all it took. I was hooked. I was on the literary equivalent of an all-carb, all-sugar diet for the next few years. My tastes eventually graduated to writers like Shakespeare, Alice Walker, and Toni Morrison. My love of reading led me to be an English major in college, and later, to a career in education. I was an English teacher for 9 years before becoming a counselor, and then an administrator. I still love to read.

My first semester at UC Berkeley played out like an epic battle between Good and Stupidity. My shoulder angels—Sister Mary Victor, Sister Catherine Jean, and Sister Ramona—reminded me constantly to honor my parents, protect my virtue, and avoid temptation. Sadly, they were no match for my shoulder devils—freedom and fraternity parties. Without going into the unfortunate details, it is enough to say that I lost my way for a little while. By the end of my first semester, I was on academic probation. Thankfully, I battled back, raised my GPA, and graduated on time. Phew!

What I realized after the disaster that was my first semester at UC Berkeley, and what I have never forgotten since, was that I had ramps. That is to say, I had so much support, and such a strong foundation, that I could not fail. In that moment, as with so many of the challenges that I have faced in my life since then, I had to get out my ramps. I had to back all the way up, get running, and leap over whatever chasm was in front of me.

In a nutshell, this is my philosophy of education. I BELIEVE IN RAMPS. I believe that if students don’t come to us with a ramp-in-hand, then we build one together. It’s easy to point to a huge gap in an adolescent’s “stretch of freeway”. It requires patience, cooperation, and a belief that all individuals can learn, to build a ramp that can launch students, teachers, a school, a community, into the air and over to the other side. And this is exactly what I intend to do!